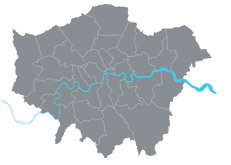 send us a message!

There are many good reasons to consider replacing your boiler especially if you have been using yours for a long while.
Without realising it, we often work our boilers very hard, the main reason to change is that there is a very good chance that you will save money in the long run.

The market is enormous for domestic boilers and the manufacturers have invested billions in developing new technology to make sure that modern are easier to install, more efficient and affordable.

Condensing boiler manufacturers claim that up to 98% thermal efficiency can be achieved, compared to 70%-80% with conventional designs (based on the higher heating value of fuels). Typical models offer efficiencies around 90%, which brings most brands of condensing gas boiler in to the highest available categories for energy efficiency. In the UK, this is a SEDBUK (Seasonal Efficiency of Domestic Boilers in the UK) Band A efficiency rating.

Boiler performance is based on the efficiency of heat transfer and highly dependent on boiler size/output and emitter size/output. System design and installation are critical. Matching the radiation to the output of the boiler and consideration of the emitter/radiator design temperatures determines the overall efficiency of the space and domestic water heating system.

One reason for an efficiency drop is because the design and/or implementation of the heating system gives return water (heat transfer fluid) temperatures at the boiler of over 55°C (131°F), which prevents significant condensation in the heat exchanger. Better education of both installers and owners could be expected to raise efficiency towards the reported laboratory values.

Please check with Heat London for advice but some boilers can be switched between two flow temperatures such as 63°C (145°F) and 84°C (183°F), only the former being "fully condensing". However, the boilers are normally installed with the higher flow temperature by default because a domestic hot water cylinder is generally heated to 60°C (140°F), and this takes too long to achieve with a flow temperature only three degrees higher. Nevertheless, even partial condensing is more efficient than a traditional boiler.

Most non-condensing boilers could be forced to condense through simple control changes. Doing so would reduce fuel consumption considerably, but would quickly destroy any mild steel or cast-iron components of a conventional high-temperature boiler due to the corrosive nature of the condensate, and is the reason why most condensing boiler heat-exchangers are made from stainless steel or aluminum/silicon alloy. External stainless steel economizers can be retrofitted to non-condensing boilers to allow them to achieve condensing efficiencies. Temperature control valves are used to blend hot supply water into the return to avoid thermal shock or condensation inside of the boiler.

Most manufacturers of the new domestic condensing boilers produce a very basic "fits all" in-built control system that ends up with the boiler running in condensing mode only on initial heat-up, after which the efficiency drops off, although it should still exceed that of older models (see the following three documents published by the Building Research Establishment: Information Papers 10-88 and 19-94; General Information Leaflet 74; Digest 339. See also Application Manual AM3 1989: Condensing Boilers by Chartered Institute of Building Services